Someone recently asked me about my first race. The story’s a little strange: I ran an ultramarathon before running an organized marathon. Here’s the story about how that decision – to run an ultra, poorly trained – came about.

When I moved to Sacramento, I signed up for Lake of the Sky Trail Run, a 36.4 mile race. I signed up for it just so I would have something to train for. I wanted to make sure my new 9-5 lifestyle would include running. All I knew about Lake Tahoe was that a lot of people went there for vacation.

An ultramarathon is defined, technically, as any distance longer than 26.2 miles.  So, if you finish your marathon and run another 1/10th of a mile, you’re there.  However, most races aren’t 26.3 miles. The shortest generally-accepted ultramarathon distance is a 50k, or 31 miles, which is just less than five miles longer than a marathon.

For the first few miles of Lake of the Sky, I fell into step with a couple of women.  I think they were doing about a 9-minute pace. They were talking very intelligently about the need to train for races like this. Their opinion, which I now share, was that, with a little training, anyone can run a distance like this within a reasonable amount of time.

The farthest I had run prior to this ultramarathon was a 26.2 miles; I had run a single unsupported marathon about a year prior. Since then, my longest distance was around 20 miles. Not only that, but I didn’t realize that Lake Tahoe is at 7,000 feet of elevation. Bad decisions all around.

Nevertheless, I voiced agreement, trotting along behind them. Part of me knew there was no way I could hold this pace or another 30ish miles. The other part of me was grinning like a fool, because, hey, this was my first ultramarathon. If 90% of success is just showing up, I was already within striking distance of an A letter-grade, because I had made it past the start line.

The race was a disaster. Very quickly, I dropped behind the trio of women I had started out with, and people were passing me left and right. The terrain was unforgiving; there were large stretches where we were just running on granite rock.

I had read very little about running strategy before running my first ultramarathon. I think this lack of knowledge turned out to be helpful, because it meant I didn’t know how under-trained I was for the race.  Most running experts would have probably recommended dropping out of the race, or not even showing up to the start line.

The race was an out-and-back race. We ran about 17 miles out, turned around, and retraced our steps back. On the way back, I began to have difficulty breathing. The altitude was something I had definitely not trained for, and my breath was short and fast.

During any race, I try hard not to over think what I’m doing. If I start thinking about the race too rationally, there’s a better than good chance that running 36.4 miles won’t sound like a very good idea anymore. In fact, running 36.4 miles will sound like a long, painful endeavor, resulting only in soreness and a long road to recovery afterwards.

It’s only by failing to rationalize a race that I can finish it.

I don’t remember much of the return trip. I think it was due to a lack of oxygen to the brain.

Around mile 30, I crested a hill. Before me, Lake Tahoe was spread out below me, like a glittering blue penny. A single white sailboat, as tiny as the head of a pin, balanced carefully on the surface of the lake. A few miles later, a rainbow appeared over a lake.

That evening, my body was in such a state of shock that I couldn’t finish dinner.

So, how do you run your first ultramarathon? First one foot, then the other. It may take a long time, but that’s okay. Remember, you win if you finish.

My pride hurt a bit. Less than two weeks later, I ran my first 50k in Santa Cruz. In comparison, it was a much easier race – I’ll write about that one next time.

What decisions have you made that seemed like a good idea at the time? 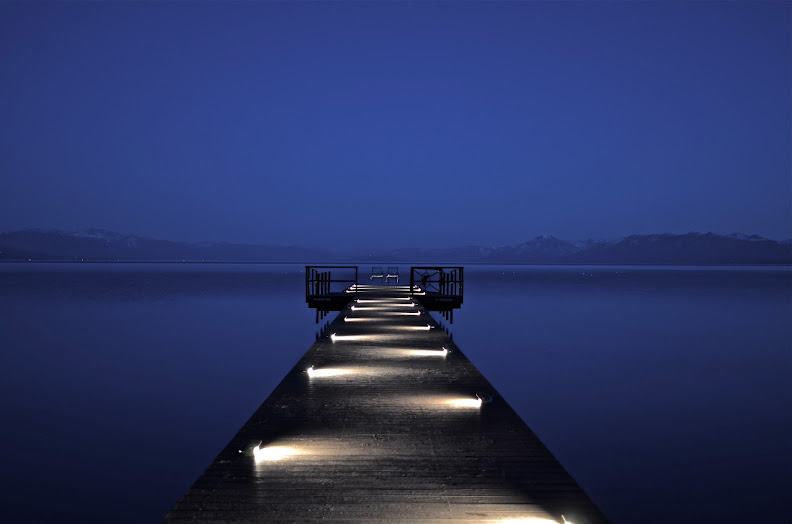 Lake of the Sky